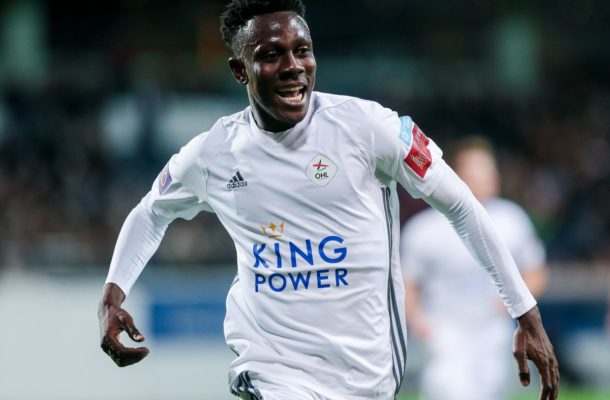 Kamal Sowah has been in fine form for his Belgian side OH Leuven in the Belgian Jupiler Pro League this season.

The 21 year old winger is owned by OH Leuven's sister club Leicester City which are all owned by big Thai firm King Power.

He joined the English side in January 2018 signing a four year contract that will expire in the summer of 2022.

The player since signing for Leicester is yet to play for them as he was farmed out on loan right after joining them having spent the last four years on loan in Belgium.

It is glaring that with his current form this season maybe his last with OH Leuven as he may be important for Brendan Rodgers' side.

"I like it in Leuven," he told Het Laatste Nieuws. “This season I am learning a lot again under the new staff of OHL.

“It remains my intention to play in the Premier League with Leicester.

"When? As soon as the sporting bosses there are of the opinion that I am performing sufficiently strongly to be able to cope with the high level there."

Sowah has scored 8 goals while providing 5 assists in 32 outings in all competitions this season.