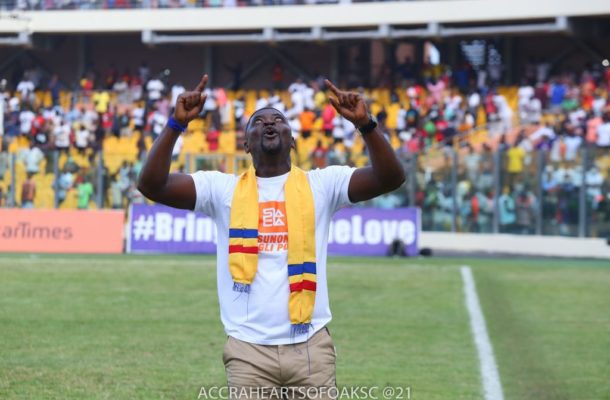 Head coach of Accra Hearts of Oak, Samuel Boadu says that things will be different for the phobians when they play in the CAF Confederations Cup next season.

The capital based club had a disastrous spell in the 2021 edition of the CAF Champions League when they won the Ghana Premier League title in the 2019/2021 season.

It was the first time Hearts coach Samuel Boadu had played in any African interclub competition but he says this time he has learnt his lessons the hard way.

"CAF Competition The more you participate the more you learn. I have learnt how to prepare for Africa. We wouldn't want to go like we did last season. The timing was bad last season." he told Asempa FM

Hearts the last time in the CAF Champions League in 2021, got kicked out of the competition on a 6-2 aggregate score against eventual winner WAC of Morocco thus, failing to make the group stage of the competition.

The phobians had a slim 1-0 home victory in the first leg fixture in Accra before the humbling in Morocco.