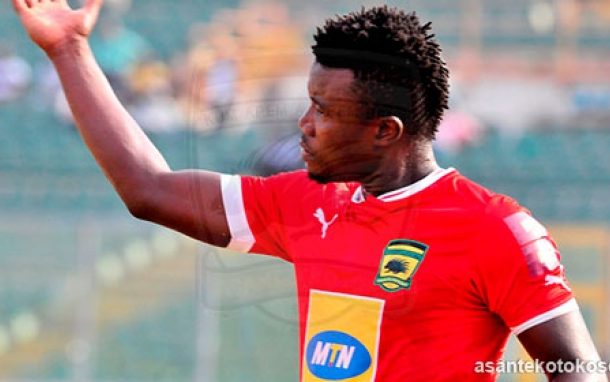 Former Kumasi Asante Kotoko midfielder Jackson Owusu has opened the door about a possible return to his old club if only they make an approach.

The defensive midfielder is now a free agent after departing Kenyan side Gor Mahia and is now on the look out for a new team.

He joined Kotoko in 2015 from Berekum Chelsea before leaving for pastures anew in 2018 for Kuwaiti side Al Tadhamon.

The 32 year old says he is open to a move to any Ghana Premier League side that shows up for his services with Kotoko included.

Speaking in an interview with Kumasi based Opemsuo FM, he revealed that he has fielded a lot of offers from the local league but is yet to make a choice.

“I am a footballer and that is my work. I am opened to working with any team including Kotoko."

"If Kotoko assess me and they think I can help them why not, I am willing to play."

“A lot of clubs here have asked about me. But at the moment I am a free agent.”

There are reports that clubs such as Ashantigold, Aduana Stars, Berekum Chelsea among others are all chasing after the free agent.

He was part of the WAFU Zone B squad that won the 2013 trophy in Ghana under Maxwell Konadu after beating Senegal 3-1.