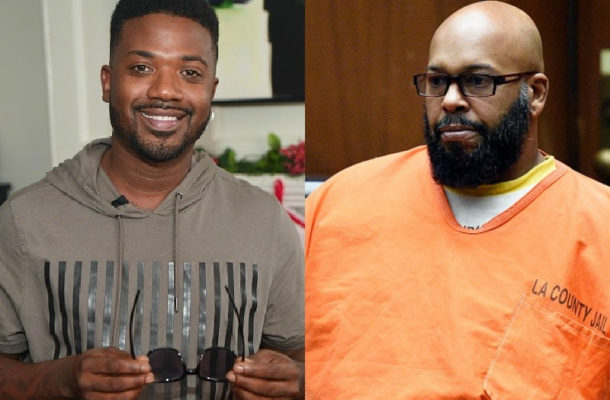 Jailed music executive, Suge Knight has reportedly signed away his life rights to his longtime friend and rapper Ray J with the hope he can keep generating revenue for him.

The 53 year old Death Row Records co-founder has given Ray J all the go-ahead to make business decisions on his behalf, particularly regarding his story so he can make money for him and his family while incarcerated.

According to TMZ, Ray J will be in charge of choosing any movies, TV programs, books or other projects about Knight, allowing him to continue earning money for himself and his family from behind bars.

Insiders said a documentary about Knight and Death Row Records is already in the works, as well as a biopic about one of the labels biggest names, Tupac Shakur.

Knight is currently behind bars serving time on a 28-year plea deal for killing Terry Carter and injuring Cle 'Bone' Sloan when he hit them with his truck on the set of the movie 'Straight Outta Compton' in Los Angeles in 2015.