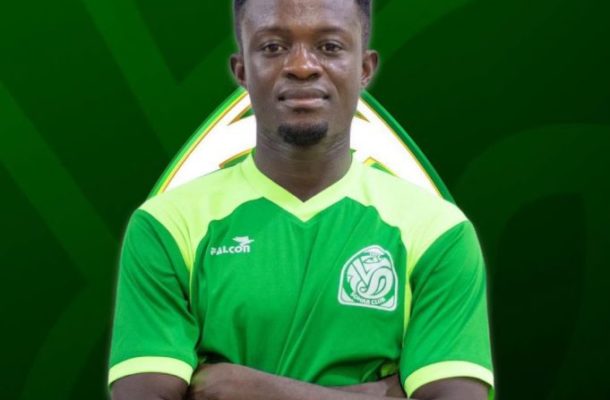 Ghanaian midfielder James Kotei has secured a transfer move to Gulf region as he has pitched camp with Omani side Sohar FC.

The 28 year old defensive midfielder joins the club as a free agent after reaching an agreement with the club.

He has been without a club since leaving Belarusian side Slavia Mazyr in September 2020.

Kotei joined the Belarusian side in January 2020 after departing South African giants Kaizer Chiefs were he was surplus to requirements.

He played in Ghana for Liberty Professionals, BA United before embarking on his foreign sojourn with Tanzanian side Simba his first stop before moving to Al Orouba in Oman.

At Simba he won the Tanzanian Championship back-to-back and also reached the quarter-finals of the CAF Champions League in the 2018/2019 season.