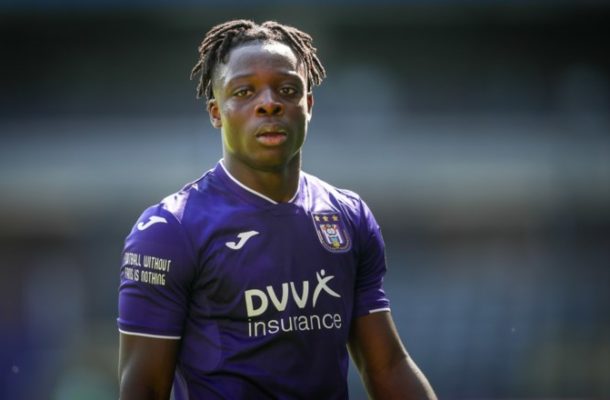 Belgian born Ghanaian wonder-kid Jeremy Doku is highly in demand as clubs circle for the signature of the diminutive and pacy forward despite Anderlecht's reluctance to sell.

Two clubs from Germany, a French side and a yet to be named club in England and Liverpool among others have shown  interest in the youngster.

At Anderlecht, the current position in the rankings does not reflect the huge player potential in the core. The people of Brussels have some rough diamonds.

You must have seen this Doku. Jérémy Doku (18) now also scores points and assists at Anderlecht and makes an impression abroad. The transfer market is still open until 5 October and it is possible that a club like Liverpool will make an offer.

In that case, Anderlecht is willing to listen if a good formula is found that is at least 30 million euros and ideally Doku will be loaned to RSCA.

For a good understanding: it is not an absolute necessity for Anderlecht to sell Jérémy Doku. The club can still continue without such a top transfer, but it would significantly reduce the debts in one swoop.