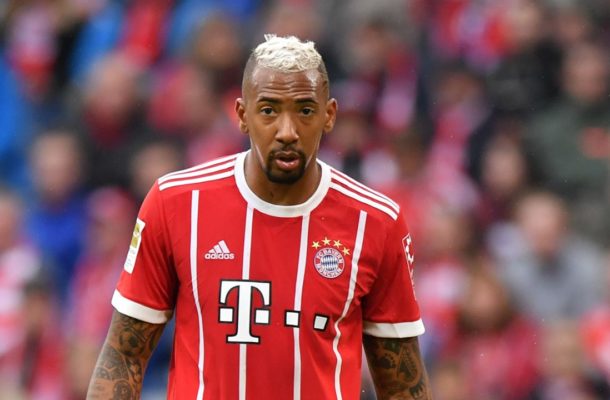 Bayern Munich president Uli Hoeness is confident Jerome Boateng will be staying at the Allianz Arena for the 2018-19 season.

The German born-Ghanaian has been heavily linked in the media with a possible move to PSG, who have bolstered their defence with the signing of Thilo Kehrer from Schalke.

Hoeness now believes Boateng will be with Bayern throughout their first campaign under new coach Niko Kovac, who has said he wants to keep the centre-back.

His current contract with the Bavarians runs through 2021.

“If you want to hear my feelings tonight, I would say that he will stay in Munich,” Hoeness told reporters after Bastian Schweinsteiger’s testimonial on Tuesday.


Boateng played the second half of the game as Bayern ran out 4-0 winners against Schweinsteiger’s MLS side Chicago Fire at the Allianz Arena.