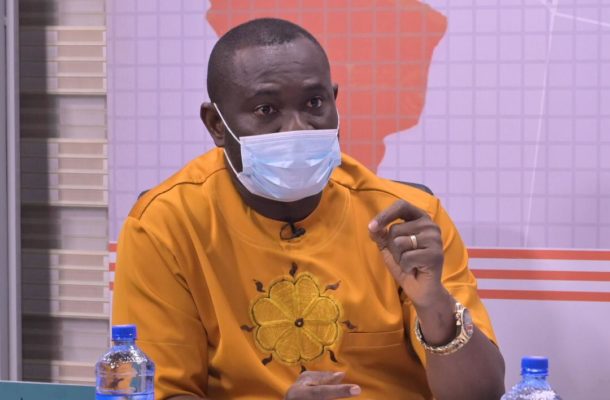 Deputy Minister for Finance, John Kumah's explanations to Ghanaians on the controversial MoMo tax is misleading, the Alliance for Social Equity and Public Accountability (ASEPA) has said.

This comes after the Ejisu MP stormed the New Patriotic Party (NPP) headquarters in Accra on Friday to explain the E-Levy.

In a statement, the Executive Director for ASEPA, Mensah Thompson said recipients of Mobile Money (MoMo) would be paying the E-levy indirectly contrary to claims of the Deputy Minister.

“I send my mother GHC500 cedis to buy her drugs and a few items. I pay 5cedis charge to MTN, then 1.75% as MoMo tax. My mother receives 500Cedis on her phone and she’s charged zero or nothing for receiving the money. My mother orders her drug and sends 300cedis to the pharmacy, she pays 3cedis as charges and 1.75% as MoMo tax,” he narrated.

He further explained that when the mother buys groceries and sends the remaining GHC200 to the grocery store, she pays 1.75% as MoMo tax.

The Akufo-Addo-led administration has asked Ghanaians to bear with them on the increase in E-levy since the nation can only have meaningful development through the collection of taxes.

Addressing the media at the New Patriotic Party (NPP) headquarters in Accra, the Deputy Minister for Finance, John Kumah explained that the new charges on MoMo would not affect receivers but only senders.

“So the government is pleading with the entire citizenry in the country that we acknowledge the hardship that we are in. We are pleading that Ghanaians would accept the tax which is the E-levy."

“It is only when you send GHC200 you are charged Ghc1.75 even your first Ghc100 would not be charged, the MoMo levy would apply on your second Ghc100. Secondly, all money from your MoMo account to your bank account would not attract any charges, likewise, when you transfer money from your bank account to your MoMo account you don’t pay any charges,” he explained.

Below is the full response from ASEPA:

Yesterday Dr. John Kumah, Deputy Minister for Finance sought to explain away the e-transaction tax that would affect MoMo transactions from next year.

He made a fundamental claim that needs to be put to a practicality test.

Claim: MoMo tax would NOT affect recipients of MoMo but ONLY senders.

-First of all let’s put this claim to a practicality test.

I send my mother GHC500 cedis to buy her drugs and few items.

-My mother receives 500Cedis on her phone and she’s charged zero or nothing for receiving the money.

-My mother orders her drug and send 300cedis to the pharmacy, she pays 3cedis as charges and 1.75% as MoMo tax.

-Buys groceries and send the remaining 200cedis to the grocery store, pays 1.75% as MoMo tax.

What this means is that even though the Telcos and Government are NOT charging you directly for receiving MoMo on your phone, as long as the cash remains on your phone and as long as you use that cash to pay for other services you would pay the MoMo tax on it.

-So now what is going to happen is that traders are going to reject MoMo as a form of payment because when you pay with MoMo, unless they go to a vendor to cash the money out they become susceptible to the payment of the MoMo Tax.

-Even if you cash your money out, later if you purchase a service online that requires that you do a remote payment, the MoMo tax would catch you again.

As soon as someone sends you MoMo you become a target for MoMo Tax.

The tax may NOT be deducted upfront for receiving the cash, No!…

it will wait till you are ready to use the cash you received before the tax can apply.

It is the same reason why the Telcos charge you nothing for putting money on your wallet because the charges are backend not upfront.