Jojo Wollacot to join his former coach at Charlton Athletic 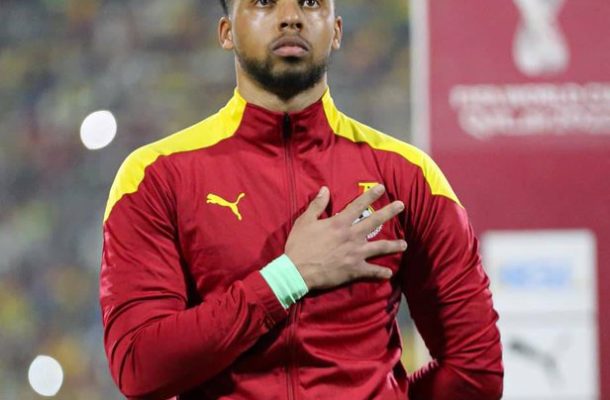 Black Stars and Swindon Town goalkeeper Jojo Wollacot is close to completing a transfer move to English League One side Charlton Athletic.

The 25 year old goalkeeper currently plays for English fourth tier side Swindon Town but will be joining his former coach Ben Garner if the move is completed.

Garner joined Charlton at the start of this month and wants to make the Ghanaian shot stopper his first signing.

Wollacot's contract with Swindon Town will expire at the end of the month and has  been linked with moves to clubs in the upper echelons of the English league.

He recently in an interview revealed that he hopes to play in the English Premier League someday.

According to the goalkeeper he wants to play in Europe and also win trophies something which his currently club cannot offer.

“So, I think, long-term that is the goal but for now, I just have to focus on where I am and keep working hard.

Swindon’s goalkeeper has enjoyed an outstanding campaign, especially during the first few months of the season. Having conceded a respectable 45 goals in 38 games, Wollacott has regularly offered his attacking teammates the opportunity to go and win games with excellent saves and an assured presence between the sticks.

His 11 clean sheets have also come during a campaign in which he has been called up for his country, Ghana, and helped the Black Stars qualify for the World Cup in Qatar.