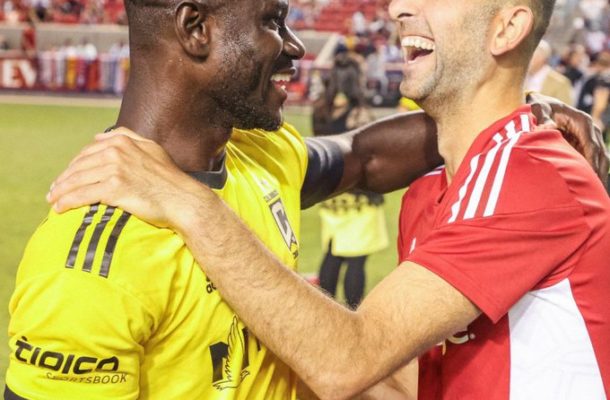 The Columbus Crew man suffered a head injury during the second half of the Africa Cup of Nations qualifier between Central African Republic and Ghana at the 11 du Novembro stadium in Luanda on Sunday, June 5, 2022.

The defender suffered a headbutt from an opponent resulting in a concussion. He was given emergency treatment on the pitch before being rushed to the hospital for further treatment.

Caleb Porter said Mensah had stitches removed from his head and didn't train for 10 days, which is why he was out last game.

He did not travel for Ghana's Kirin tournament in Japan as he headed back to his MLS club side.

Mensah returned to training last week and played as his side drew 1-1 with Real Salt Lake in the MLS.