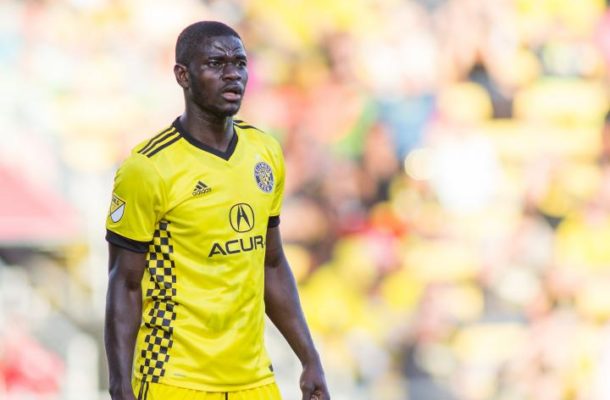 Columbus Crew skipper Jonathan Mensah did not get the return he was looking for as his team crushed out of the Concacaf Champions League on Wednesday night after they lost 3-0 to Mexican side Monterrey.

It was the first match for the Ghanaian defender who was sidelined with a hamstring injury.

CF Monterrey won the quarterfinal matchup 5-2 on aggregate. The Crew was without star player Lucas Zelarayán who was forced to sit out due to yellow card accumulation.

In the first leg in Columbus, CF Monterrey scored three minutes into stoppage time to tie the game 2-2. In the second leg, it took just three minutes for Monterrey to score and take a 3-2 aggregate lead.

Maximiliano Meza, who scored CF Monterrey's first goal, found the back of the net again in the 26th minute to double the club's lead over the Crew.

Monterrey added a third goal in the 71st minute when Miguel Layún sent a free-kick past Eloy Room.

The Crew will return to MLS action Saturday when it hosts D.C. United at Historic Crew Stadium.

Columbus are yet to win  a match in the MLS after two matches as they have drawn all two games 0 and are yet to score or concede a goal.