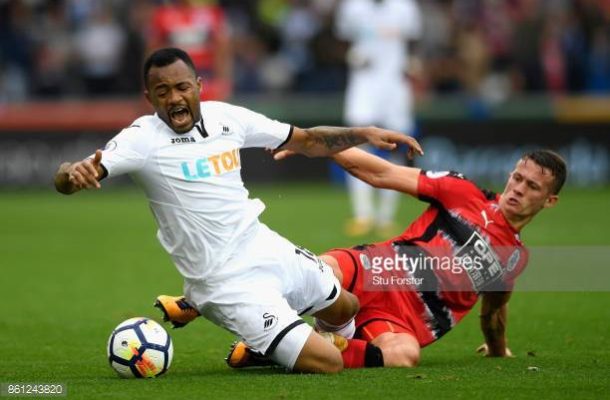 Swansea City talisman Jordan Ayew was the second most fouled player in the English top-flight division last season according to a statistical report.

Ayew’s stock rose last season after impressives displays for Swansea which saw him scoring 11 goals in 44 appearances in all competitions.

He was appropriately crowned Swansea’s Player of the Season even though his rich vein of form could not secure the Welsh side from relegation.

Interestingly, the Ghanaian had been on the receiving end of rough treatment from opponents 87 times, five more than Eden Hazard of Chelsea.

Optajoe, an international sports analytics company based in the United Kingdom, created a top 10 most fouled players in the 2017/2018 Premiership campaign, which Everton new boy Richarlison leads with 95 fouls.

Here is the full list of the Top 10 below: 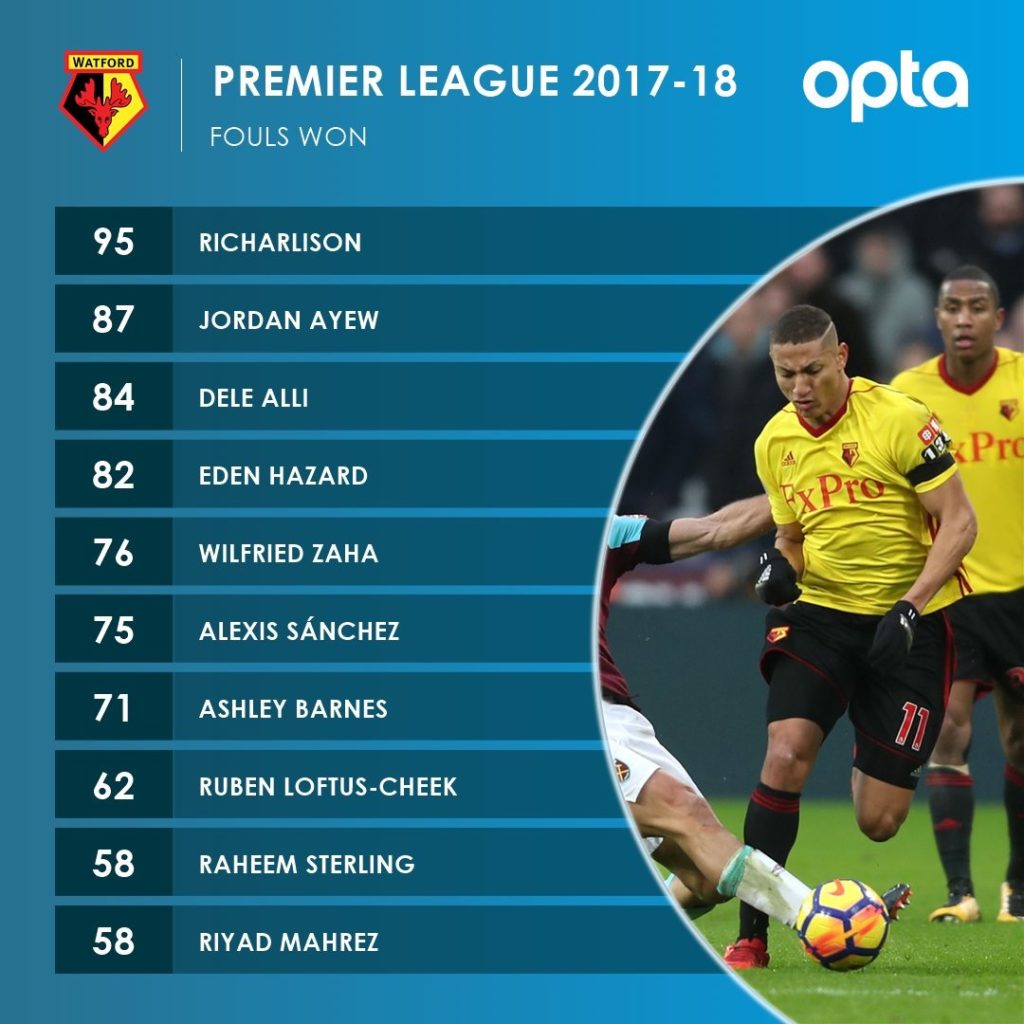