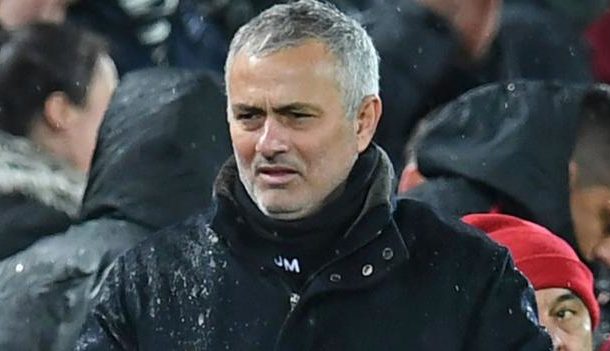 The Football Association has been criticised for "unfairly" charging Jose Mourinho for swearing.
The Manchester United boss was charged after he was picked up by a television camera swearing in Portuguese following a 3-2 win over Newcastle on 6 October.
Mourinho successfully appealed and now an independent regulatory commission has further dismissed the charge.

But it concluded the FA had "acted in good faith" and not "singled him out because of any bad feeling or bias".

However, to charge the United boss for his actions was deemed to represent "a material departure from previous practice for which no good justification has been provided," the panel wrote. "There is no comparable example of a player or a manager having been disciplined for behaving in that way and there are several other examples of reasonably comparable and, arguably, more serious conduct where no action has been taken," it added.
"We think that this discretion has been unfairly exercised in the instant case."
The panel did accept the FA was "in a difficult position in trying to police bad language and offensive gestures on and off the pitch".
After Mourinho successfully appealed the initial charge of abusive and/or insulting and/or improper language, the FA appealed.
An appeal board allowed the appeal - but also wanted a new regulatory commission to look at whether Mourinho had a "legitimate expectation" not to be charged, based on what the FA had done previously.
And that independent panel, in its written decision released on Monday, said there should be no charge against the 55-year-old.
"Following the appeal board decision, and the most recent decision of the independent regulatory commission, the FA now considers this matter to be closed," said a statement from the governing body.
The FA says it will "continue to take action against participants for any form of abusive, insulting, or improper language or behaviour, which is directed towards a camera".Source: bbc.com