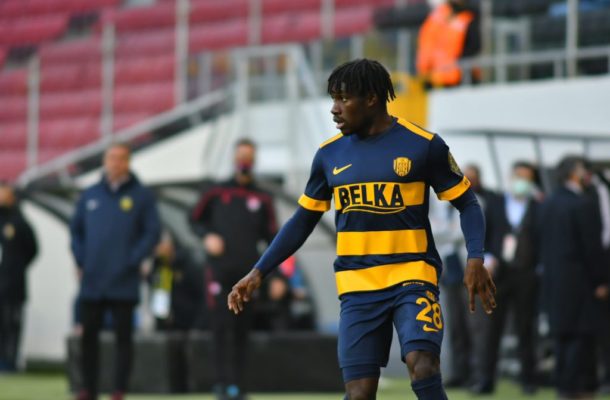 Ghanaian winger Joseph Paintsil is on the cusp of joining Turkish giants Fenerbahce in a complex swap deal that will involve Tanzanian striker Ali Mbwana Samatta.

Genk are hell bent on signing the Tanzanian striker from Fenerbahce that will see the Ghanaian winger going the other way.

Nigerian striker Paul Onuachu who is the top scorer for the club is on the verge of leaving with a lot of clubs on his trail after a fine season.

An initial offer was rejected Fenrbachce but an improved offer of 4.5 million euros has now been accepted by the club.

The Belgium side will as part of the deal also allow the Ghanaian winger who was on fire for relegated Ankaragücü go to Fenerbahce.

He scored 11 goals for the relegated Turkish side.

Paintsil was handed a call up by the national team but turned down the offer for unknown reasons.