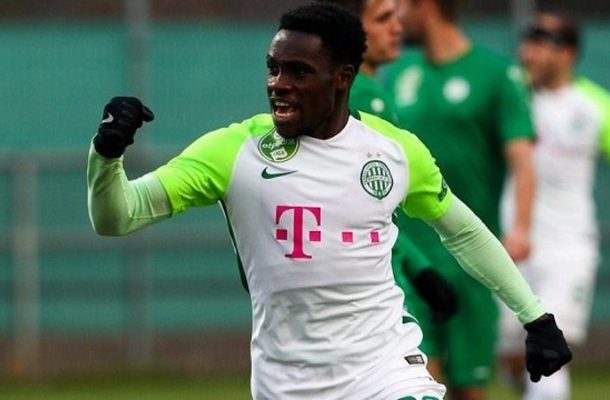 KRC Genk technical director Dimitri de Condé has given his seal of approval after the club’s signing of Joseph Paintsil.

Dimitri describes the talented Ghana youth star as "Explosive and efficient" and expects him to add more dynamism and flair to their attack next season.

The 20 year old joined Belgian side from Ghanaian second tier side Tema Youth on a four-year contract.

The winger, who spent last season on loan at Hungarian giants Ferencvaros, will have the option for another year at the Luminus Arena.

Genk beat competition from several clubs in the German Bundesliga and the English Premier League to land the talented play maker.

Paintsil is an arrow-fast flank attacker who can also be used in central midfield.

The talented player is seen as the revelation of the Hungarian competition which led to the interest from several clubs in Europe.

In his 27 games for Ferencvaros last season, he scored no less than 10 times and gave 7 assists.