Juan Mata: This is the truth about my relationship with Jose Mourinho 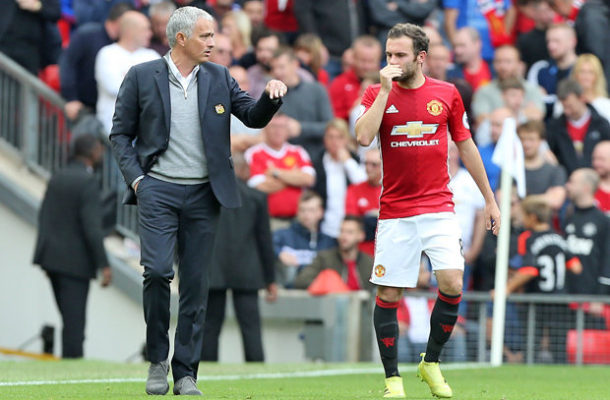 Mata joined Manchester United from Chelsea in 2014 when Jose Mourinho was in charge at Stamford Bridge.

Mourinho sold the Spaniard because he felt his defensive qualities were not up to scratch.

It was expected that Mourinho would show Mata the door once again when he took charge at Old Trafford earlier this summer.

But Mata has thrived under Mourinho this season and he says the transfer speculation got under his skin.

"My relationship with Mourinho has never been bad," he told Spanish radio station Cope.

"Many lies were told about me and Mourinho when he arrived at the club this summer and it bothered me that every day I had to read and listen to rumours that weren’t true, with him I’m fine.

Mata is in his third full season at Old Trafford but has, so far, only won the FA Cup.

Incredibly, the 28-year-old has never lifted the Premier League title during his time in England and he is out to fill in the blanks on his CV.

"I really want to lift titles at Manchester United, the Premier League is a trophy I have never won but I believe we can do it with this group," Mata said.