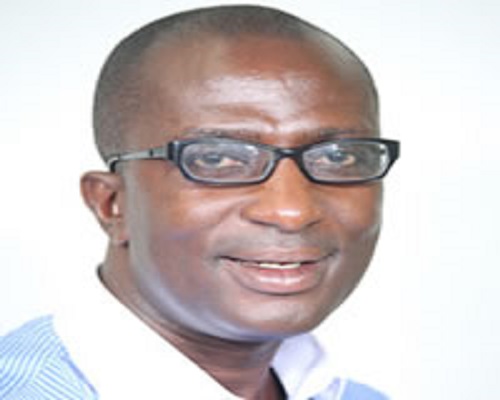 Member of Parliament (MP) for the Fomena Constituency in the Adansi North District of the Ashanti Region, Lawyer Andrew Amoako Asiamah, has announced his withdrawal from the upcoming New Patriotic Party (NPP) parliamentary primaries.

In a statement sighted by Ghanaguardian.com, Hon Amoako Asiamah said both the Ashanti Regional Chairman, Benard Antwi Boasiako, popularly known as Chairman Wontumi and the Fomena Constituency Chairman, Kwasi Nti Asamoah, have teamed up and subjected him to "unfair treatment".

According to him, "all attempts from my office seeking for redress have proved futile".

The statement added: "Looking at the treatment meted unto me as an MP, I don't know the skeletons these people may be hiding in the cupboard after they have successfully lured majority of the delegates in the constituency to frolicky and openly declare their support for a certain parliamentary candidate". 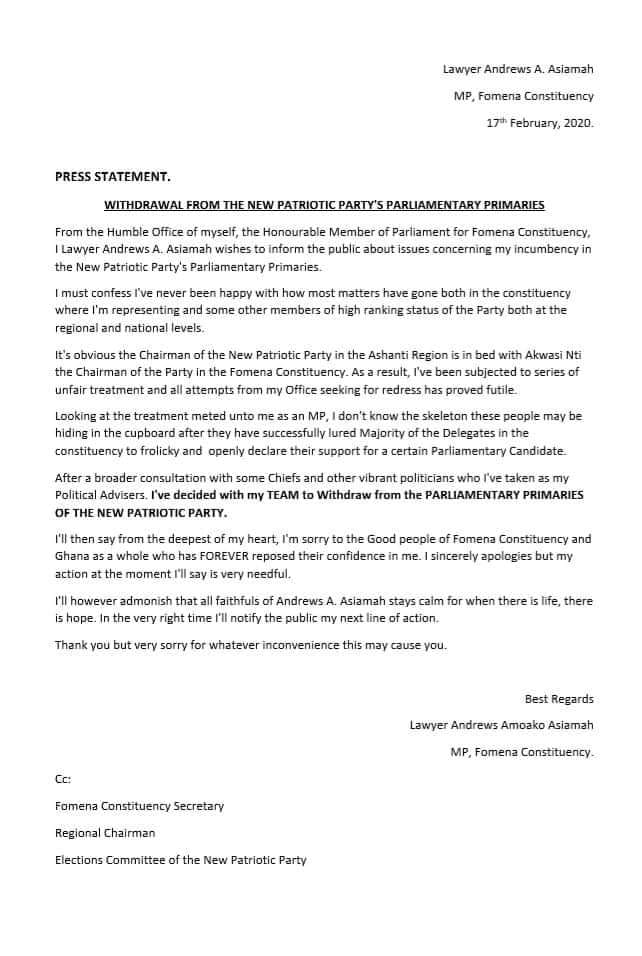