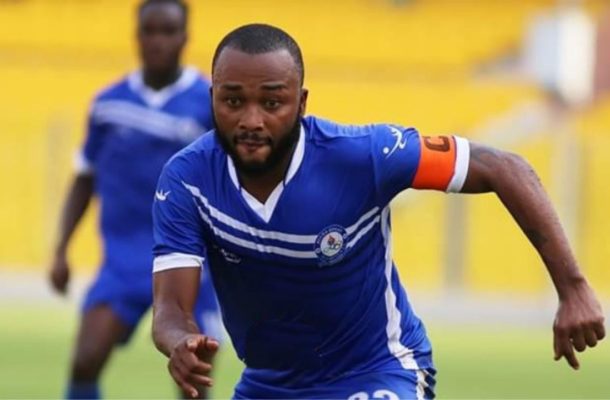 According Oyerepa FM, the former Ghana U-20 star has decided to leave Great Olympics for their fierce rivals who will be playing in Africa next season.

The Black Stars player had a contract with Great Olympics which expires in October this year.

He has been heavily linked with a move to Accra Hearts of Oak for several weeks and even issued a come and get me plea to the phobians which they have gladly responded.

Awako, joined Oly Dade in 2019 after several stints abroad and was a crown jewel in the Olympics team as at times he was leading the charge for the league title which ultimately faded out.

Speculations in the local media disclosed that, the veteran playmaker has already agreed personal terms with the champions with the deal.

Gladson Awako was outstanding in the 2020/21 season despite facing lots of doubts prior to the start and went on to contribute 13 goals for his club in the league, scoring 6 and providing 7 assists.