Just In: Much maligned Alhaji Akambi finally resigns from Hearts of Oak board 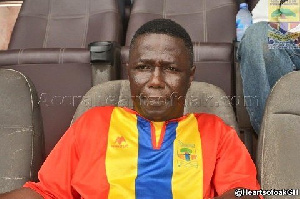 There is good news finally for Hearts of Oak fans in the midst of the chaos at the club as the much maligned Alhaji Amadu Moro Braimah aka Akambi has now resigned his post as a member of the Hearts of Oak board.

He has been blamed for the wrongs at the club ever since Togbe Afede XVI acquired majority shares at the club in 2009.

Every  managerial upheaval at the club has been blamed on Alhaji Akambi with his name popping up in the resignation of Kosta Papic as he and another board member were allegedly interfering with player selection.

Sections of the fans suspect  Alhaji Akanbi is the main architect behind the mass resignation of the Technical team members.

He had earlier called the bluff of the fans who were calling for his resignation during the fans protest on Wednesday.

In a letter cited by this portal addressed to the Hearts board he cited the accusing fingers as his reasons for leaving the board. 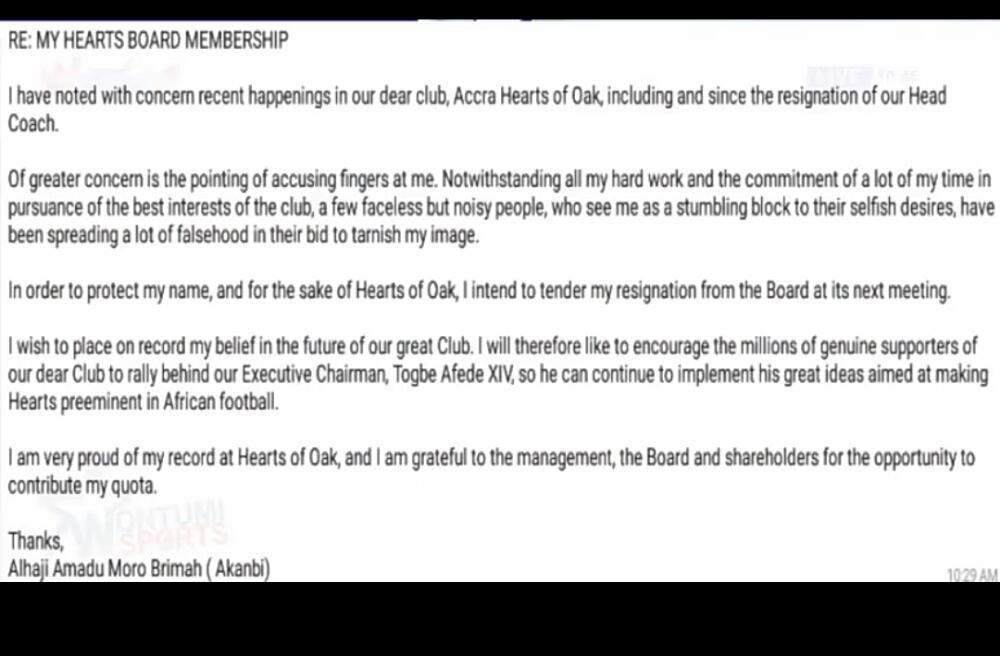