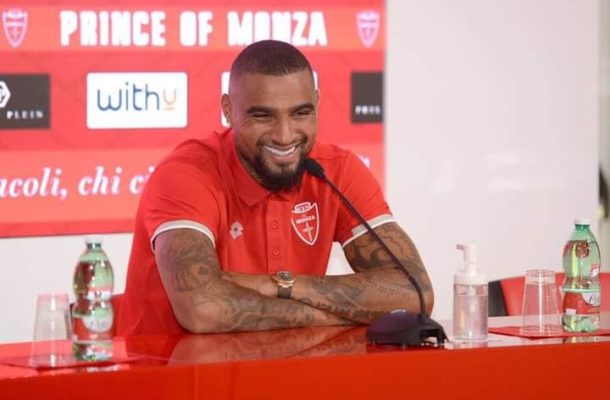 Former Ghana International Kevin Prince Boateng has landed a job as a pundit for German televison network ARD during the Euro 2020 tournament.

The well traveled footballer who has played for more than a dozen clubs through out his career now plies his trade for lower tier Italian side AC Monza.

K.P Boateng has also played for Ghana at two FIFA World Cups first at the 2010 tournament in South Africa where he shone and then 2014 in Brazil.

He will be part of "Sportschau" team of experts at EURO 2020 alongside Bastian Schweinsteiger, Almuth Schult, and co-commentator Thomas Broich.

An excited Boateng says he can't wait to get started in his new job when the season ends.

"I've seen just about everything. I've been to 14 different clubs - so far. I speak five languages. I've trained with the best and with the best. I'm a brother, bad boy, and leader - but always with a heart.

“I wear every stage of my career on my body. But the biggest one is waiting for me now,” the former AC Milan poster boy said after the news was announced.

But before that he must help AC Monza secure promotion to the Italian Serie A.