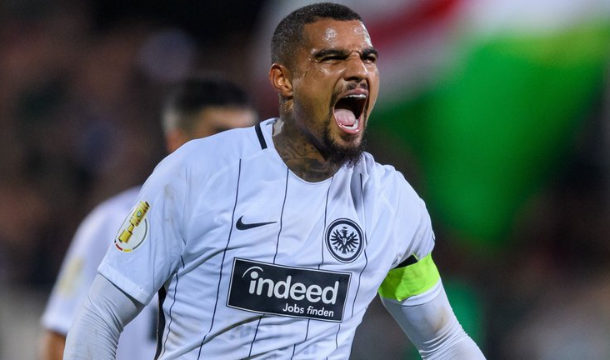 Ghana midfielder Kevin Prince-Boateng has called on Eintracht Frankfurt fans to give them something extra when they face Bayern Munich in the DFB-Pokal Cup final on Saturday.

Frankfurt will be playing in their second straight German Cup final. The Eagles lost 2-1 to Borussia Dortmund a year ago, but this term,they will be taking on a much more difficult task when playing this year’s Bundesliga champions.

Frankfurt finished a full 39 points behind their cup final opponents all the way down in eighth place. Kovac’s side had been one of the league’s surprise packages for much of the season.

Ahead of the showdown in Berlin, Boateng has thanked the fans for their support throughout the season but charged them to be their 12th man again on Saturday.

“Thank you @Eintracht fans for an amazing year!! Your support made us work harder... now let’s go to Berlin and bring back that cup❗❗ For us,for you and for the city ??????”