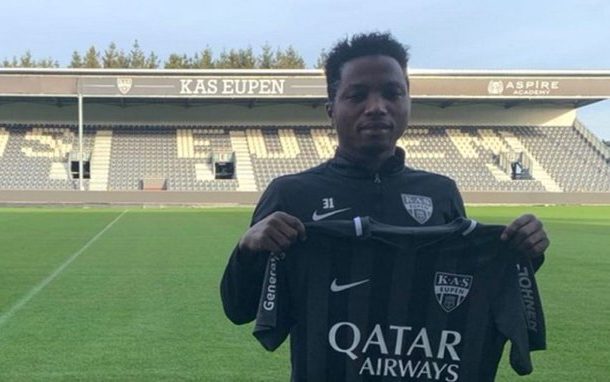 Ghanaian forward Isaac Nuhu has been rewarded by his Belgian Jupiler PRO League side KAS Eupen with a fresh three year contract extension.

The 19 year old Ghanaian winger only joined the Belgian side in January 2020 from Aspire Academy Senegal but has been in fine form convincing the powers that be at the club to offer him a contract extension.

KAS Eupen have handed him an extension to his two year contract which was set to expire next season by a further three years.

“KAS Eupen has extended the contract with the Ghanaian offensive player Isaac Nuhu by three years.

The Ghana prodigy has been the subject of interest from top European clubs including French Ligue 1 side Lille and Marseille.

He has a buyout clause of €10.5 million euros with the extension of his contract at KAS Eupen.

The winger has this season made 8 appearances for his side in the Jupiler Pro League but is yet to score or provide an assist.