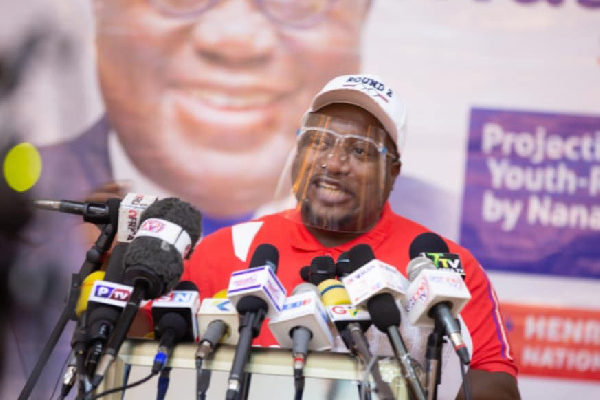 National Youth Organiser of the governing New Patriotic Party (NPP), Henry Nana Boakye, aka Nana B, has said the decision by a ranking member of the party to fire warning shots at a registration centre in Kasoa was justified.

Nana B said Mavis Hawa Koomson was not a violent person and so if she had to fire a gun, it means she did so in self-defence.

She came under serious attack and her life was under threat and she had to defend herself,Nana B told UTV’s Late News Discussion in Twi on Monday, July 20, 2020.

Madam Hawa Koomson, MP for the Awutu Senya East and Minister for Special Development Initiatives admitted she fired a gun at a voters registration centre in her constituency.

She explained that none of the men in her company at the time of the incident was armed when they got to the centre.

“I fired the shots myself,” she said.

She added that the gunshot was to protect herself because her police escort was not with her.

The MP said she had gone to the registration centre because she heard her opponent had gone against the law to bus people from other places to register.

Speaking on UTV, Nana B said after looking into the matter himself, he learnt that armed persons on motorbikes surrounded the MP’s car in a way that suggested that they had intended to attack her.

He said Members of Parliament are given self-defence training specifically for moments like these.

According to Nana B, the incident should be a wake-up call for law enforcement agencies to be proactive in these dangerous times

Police have since arrested four persons in connection with the incident. Eyewitnesses say at least 15 persons had surrounded the MP before the warning shots were fired.