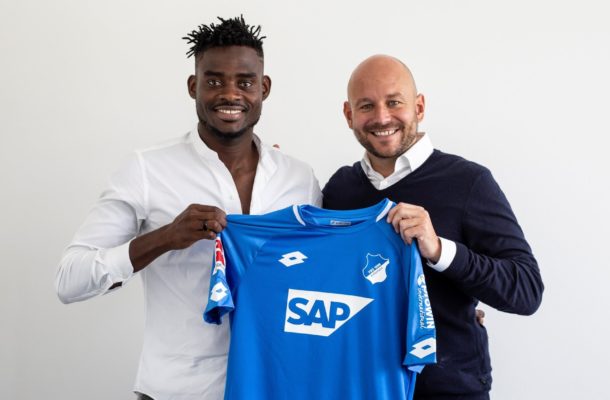 New TSG Hoffenheim recruit Kassim Nuhu is excited to take his game to the next level in Germany after completing a switch from Swiss club Young Boys SC.

The Ghanaian international put pen to paper on a five contract on Wednesday morning with the Bundesliga outfit in a deal worth €10M.

The 22-year-old guardsman was a key figure for Swiss side Young Boys last season as they clinched their first league trophy in 32 years.

Kassim made 32 appearances and scored two goals in the Swiss Super League for the Berne-based outfit last campaign.

His impressive performances earned him a call up to the Black Stars where he made his debut in an international friendly against Saudi Arabia in October 2017.

He has since featured 3 times for the senior national team.