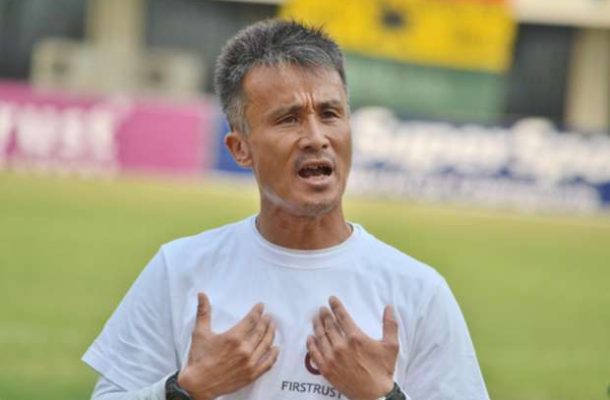 Accra Hearts of Oak did not sack Coach Kenichi Yatsuhashi but it was rather the Japanes who decided to leave to pursue a certificate, the communication director of the Accra-based club Kwame Opare Addo has said.

The phobian parted ways with the former Aspire Academy coach under a circumstance which seemed unfathomable to majority of the club's supporters.

Speaking to Accra-based Onua fm,  Opare Addo explains the club was not aware of  the coache's plan to go for a coaching course  and rejected the claim Kenichi's exit was premeditated.

"He didn't informed us prior to the signing of his contract that he will go on a coaching course in the mid of the season" he revealed.

The Japanese left the club after the first round of the league on mutual consent and was replaced by Portuguese Sergio Tranguil .