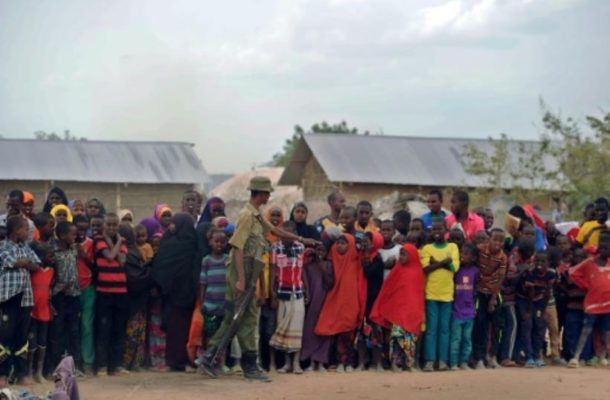 As Kenya prepares to close the world's largest refugee camp, a rights watchdog said the repatriation of Somalis from the sprawling Dadaab camp is based on misinformation and violates international standards.

Human Rights Watch, which interviewed scores of people in the vast camp last month, said Thursday that many Somalis are returning home involuntarily, only to face danger, persecution and hunger.

Kenya wants to close the vast camp housing some 263,000 Somali refugees in north-east Kenya by November, insisting it is a security threat and a drain on national resources.

"Many refugees ... say they have agreed to return home because they fear Kenya will force them out if they stay," said the HRW report after interviewing around 100 people at the camp.

Refugees spoke of intimidation by the Kenyan government, lack of information on ways of remaining or on conditions in Somalia, as well as fears of losing a $400 repatriation cash grant if they wind up being deported at the end of the year. 
"The Kenyan authorities are not giving Somali refugees a real choice between staying and leaving, and the UN refugee agency isn't giving people accurate information about security conditions in Somalia," said HRW's refugee rights director Bill Frelick in a statement.

"There is no way these returns can be considered

The Kenyan government dismissed the report, however.

"I have looked at the report, which is full of falsehoods with the sole purpose of fundraising using the crisis yet the refugees are not going to benefit from it," said interior ministry spokesman Mwenda Njoka.

Njoka said 100 refugees "purportedly" interviewed by HRW was a small sample compared to the more than 30,000 Nairobi says have already relocated since a voluntary return programme began in 2014.

"It is totally false that the Kenyan government is coercing the refugees to go back to their country. We are working with UNHCR and the Somalia government to take them back to safer areas of Somalia," said Njoka.

"They are just out to malign the whole process for their own selfish benefit, this is a process that is being carried out transparently and with the consent of the refugees themselves."

The HRW said Kenya's repatriation programme, "fuelled by fear and misinformation, does not meet international standards for voluntary refugee return," set out in a 1951 international Refugee Convention.

Nairobi has taken a hardline position, claiming Dadaab acts as a terrorist training ground for Shabaab Islamists, and has publicly and repeatedly said it would remove all Somali refugees from the country by the end of the year.

"The Kenyan government needs to make clear that Somalis who don't feel that they can go back to Somalia right now are still going to be welcome in Kenya," HRW researcher Laetitia Bader told AFP.

"They need to give Somali refugees an option," she said, adding the United Nations had a responsibility to provide reliable information to the refugees on what they were going back to.

"Right now they're not doing that," she said.

The vast majority of residents of the Dadaab complex of camps close to the Kenya-Somalia border fled Somalia's more than two-decade-long conflict. Many remain fearful of returning to a country where insecurity remains rife.