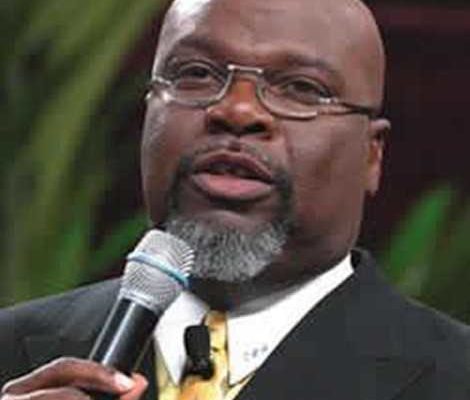 Some Kenyans have parted with over $700 (Sh75,000) for the opportunity to meet American televangelist Thomas Dexter (TD) Jakes Sr.

The amount paid is in exchange for one of the highly coveted VVIP tickets to TD Jakes' event. All the tickets have since been sold out.

Coordinators of the event say, the inaugural SOAR Africa Leadership and Entrepreneurship Summit includes an exclusive fireside chat with Bishop TD Jakes on September 5, followed by a full-day conference on September 6.

“The VVIP tickets have already been sold out but the VIP are still available,” said Ms Edna Kiarie from a public relations firm contracted for the summit.

Some of the highlights of the summit include a keynote address by our headline speakers, TD Jakes, Strive Masiyiwa and Nunu Ntshilinga as well as an interactive, panel sessions with various invited guests.

Speaking at the SOAR Africa press briefing at Villa Rosa Kempinski Hotel Nairobi on Thursday, TD Jakes said that he was delighted to be part of the summit, the first of its kind in the region.

“As a CEO of TD Jakes Enterprise, I understand the importance of business, how to do it and how to survive best so as to enhance our lifestyles beyond spirituality,” he said.

He noted that the summit was coincidental to his recently launched book called SOAR which has been on top charts for more than a year.

“I have also authored a book called Soar and the book centred around entrepreneurship was inspired by realisation we are suffering not only spiritually but practically,” he said.

KCB Group CEO and MD Joshua Oigara said the summit is the beginning of a new movement that will change and bring on board new kind of leaders.

Mr Oigara noted that solutions to most of the world problems will come from a younger mind.

“This summit aims to create a progressive and thought-provoking platform where leaders from private and public sector, as well as entrepreneurs, will have conversations that inspire economic progress for the continent,” said Mr Oigara.

“We are in a very defining moment especially on the demography and age because solutions to world problems come from the young people. We want to ensure that younger entrepreneurs get not only the mentorships and skills but also resources,” he added.