Kevin-Prince Boateng blasts FIFA over a 'joke' with racism fight 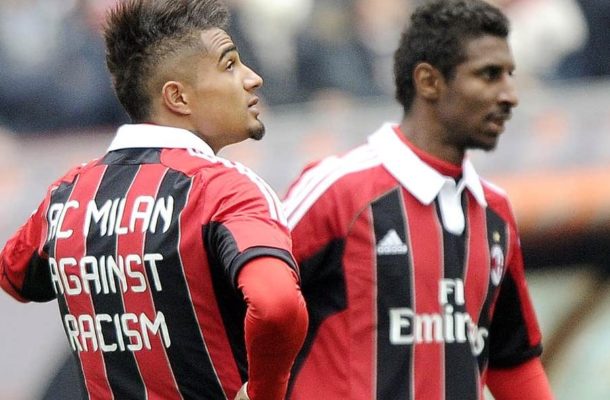 Ghanaian International Kevin-Prince Boateng blasted the world Football governing body FIFA following their "joke" with the fight against racism.
The Basiktas forward recounted his bad experiences when he became a victim of the act, saying FIFA valued the VAR more than fighting racism canker.

Boateng hit the headlines in 2013 when, while still serving AC Milan, he left the field after racist insults and his teammates followed. As a result, he repeatedly campaigned against discrimination: "I would become a kind of ambassador in the fight against racism."

At the time, however, his action had no long-term consequences: "At that time I thought that something would finally change. I really thought so. FIFA invited me to meet Joseph Blatter, who asked me: 'What can we do?' Then FIFA installed an anti-discrimination task force and invited me to be part of it. It seemed perfect. "

Less than three years later, however, this was history. "In September 2016 I received an email from FIFA that I will never forget. It basically said: 'The task force has achieved its goal. We have done our job.' You closed the task force and I called my adviser and said, "This is a joke, what have you accomplished? What have you done?"

He also believes that FIFA only installed the task force to keep up appearances. "I can only guess that it is more important to them that a VAR tells us whether the ball is in goal instead of fighting racism. [...] It just doesn't bring more people to the stadium. It doesn't do the big thing Money one. "

In an emotional article in The Players' Tribune . The former Bundesliga player  however made a clarion call on his "white brothers and sisters" to come together to end the discriminatory act.
The former Milan star  believes the world can afford to live "in nice houses" if all will come together to fight the menace that has received widespread condemnation.

"White brothers and sisters, you are the ones who can change the world. We need you. Especially now. You have to help us," Boateng writes.

"Some say: 'Yes, but every life counts.' Of course, every life counts, but the black church is on fire, so if my house is on fire and yours isn't, which one is the most important? Exactly. So help me put out the fire and we can both live in nice houses. "

In his opinion, everyone would be able to do something. "A white friend of mine said that he didn't want it to look like he was just jumping on the train. And I said: 'But that's exactly the train you want to jump on! Because this train will be the one Change world! '" 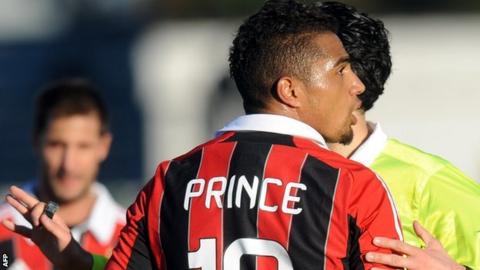 A friendly in 2013 between AC Milan and Italian lower division club Pro Patria got suspended after players walked off because of racist chants.

Kevin-Prince Boateng, then playing for Milan, sparked the walk-off by picking up the match-ball midway through the first half and kicking it into the crowd.

The Ghana international then removed his shirt and was followed by both sets of players and officials, a move which was praised by then Milan owner Silvio Berlusconi Boateng.