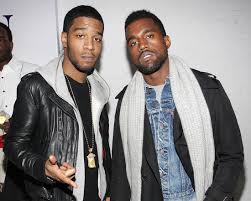 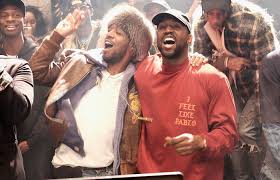 American recording artist and actor from Cleveland,  Scott Ramon Seguro Mescudi better known by his stage name Kid Cudi took to his official twitter account earlier today to address what he calls “the many haters in the industry”.

Kid Cudi didn’t hold back at all in his chain of tweets even going as far as mentioning the names of Drake and his mentor Kanye West by name. He tweeted, “Everyone thinks they’re soooo great. Talkin top 5 and be having 30 people write songs for them,” he said before adding, ‘My tweets apply to who they apply. Ye, Drake, whoever. These n*gg*s dont give a f*ck about me. And they aint f*ckin with me’.

Kid cudi was signed by American rapper-producer Kanye West, to his GOOD Music label imprint in late 2008. Cudi has since gone on to launch his own record label imprints, the now-dissolved Dream On and current independent label, Wicked Awesome Records.

There however have been no signs of cracks in the relationship between the two prior to today, Cudi was featured on Kanye’s last studio album, ‘The Life of Pablo’ which was released in February 2016. It therefore comes as a surprise to many who have followed the careers of the two artistes.

At a Saint Pablo tour stop in Tampa, Kanye responded to Cudi. “Don’t never mention ’Ye name,” he said. “I birthed you.” Kanye hinted that the dispute was over collaborations with Drake: “Don’t try to say who I can do songs with. You mad cause I’m doin’ songs with Drake? Ain’t nobody tell ‘Ye who to do songs with!”

We wait and see how the next chapter of this drama unfolds.
Credit: Daraja Mutari