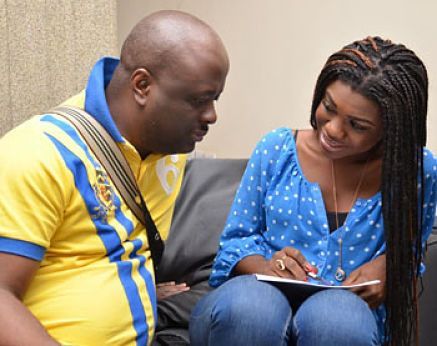 Years back, rumours went rife that Becca was having a relationship with married Kiki Banson which led to his divorce.

The rumour caused a rift between the songstress and her father who disowned her at that time over the incident.

This generated into a murky media war in 2012 between Becca’s father Mr Acheampong and Kiki Benson, forcing Kiki to write a very long open letter to Becca’s father.

According to Bulldog who was speaking in a TV discussion on the role artiste managers play in the music business, Kiki Banson the chief executive officer of EKB Records had sexual affairs with Becca on countless occasions.

Bulldog revelation suggests that Kiki Banson who was Becca’s manager at the time was having more than a professional relationship with Becca his label artiste.

He made this revelation on Zylofon Tv’s “Showbizness” and reiterated that Becca’s intimate relationship with Kiki Banson was known by most industry professionals most apparently unknown to the public and Becca’s fans.

However, Bulldog opined that for successful business relations between a male artiste manager and a female singer, the two must date each other.