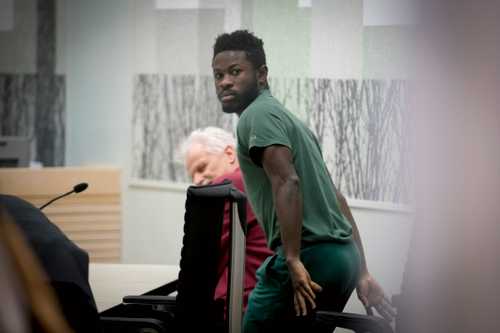 Ghanaian International Kingsley Sarfo is back onto the football scene after signing for Olympiakos Nicosia in Cyprus.

The former MFF player, who was convicted of raping a child, is ready to relaunch his career after a long absence.

He has signed a two-year contract with the club, hoping to make amends for the turbulence years.

It was last winter that Kingsley Sarfo was released from Swedish prison after serving his prison sentence of 2 years and 8 months for rape of children.

The former Malmö FF and Sirius player has since been clubless.

But now he has found a new employer, according to Sportbladet's information: the Cypriot central club Olympiakos Nicosia.

Recruited for 15 million
The 25-year-old from Ghana has signed a two-year contract and will soon join the club, which finished ninth in the series last year and is eight after two rounds played this autumn.

Sarfo was recruited to MFF in the summer of 2017 from Sirius for approximately SEK 15 million. The club broke the contract after the midfielder was sentenced to prison for more than 2.5 years in the district court and ten years of deportation for rape of children. The Court of Appeal later determined the sentence.