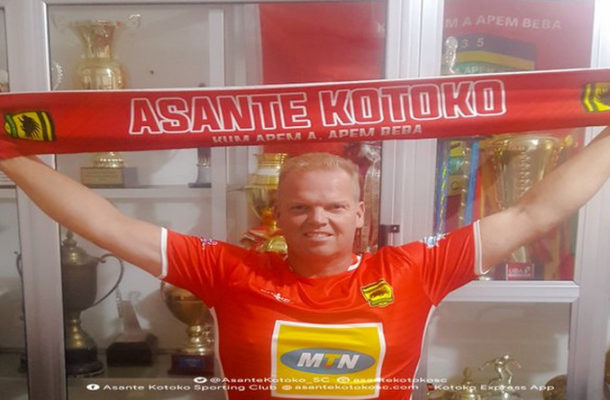 It seems there is no end in sight to the Kumasi Asante Kotoko , Kjetil Zachariassen impasse as the Norwegian coach has reportedly written a letter to the Norwegian embassy in Ghana about his situation and treatment by the club.

His employers who had initially told the coach they could not guarantee his safety had issued an ultimatum to him to report by Friday as they begin training on Monday.

Not only the coach but his agent Charles Kouadio has also informed the Ivorian Embassy since he will be coming to Ghana with his client.

The Norwegian Embassy has assured the gaffer of his security and that he can return to Ghana" A letter has been sent to them since yesterday and they have assured us" the source close to the gaffer told Oyerepa FM Sports.

" I will be coming also and I have written to the Ivorian embassy too" Charles Kouadio agent of the coach who is an Ivorian also confirmed to Oyerepa FM Sports.

"Yes we must come..the letter said he should come and resume work on Monday" Charles said.