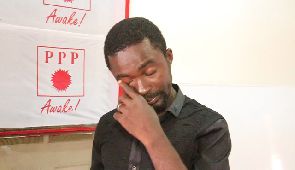 24 hours after the passing of Progressive People's Party parliamentary candidate for Klottey Korle constituency, Madam Eva Lokko, some members of her campaign team have been speaking about their experiences with her at the workplace.

Until her death, plain speaking engineer-turned-politician was a strong female voice in the political arena and was named her party’s Parliamentary candidate in the Klottey Korle constituency elections later this year.
 
She was her party’s vice presidential candidate during the 2012 presidential elections.

Eva Lokko is also remembered for a court action she brought against the Ghana Broadcasting Corporation (GBC) in 2005. The Corporation accused her of financial misappropriation and asked her to proceed on leave.