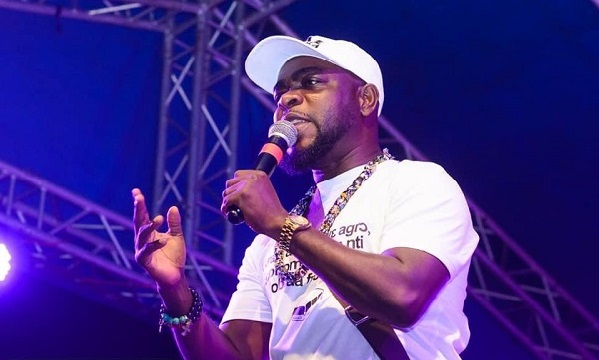 The late Kofi B

Highlife Musician, Karim Alhassan aka Ahenfo has said the death of Kofi B though unexpected, it also indicates that his time has come for him to shine as a highlife musician.

“Even though it’s sad that Kofi B has died, to me I think it’s good that he is dead because I believe God took his life to pave way for me to replace him...He was doing dormant singing the same type of singing I do so he died so that Ghanaians would also see the talent in me,” he said.

Ahenfo revelation in an interview with HotNewsGhTV when he was asked how he feels about the demise of the legendary Kofi B.

Kofi Boakye Yiadom, better known as Kofi B died on Sunday, February 1, 2020 prior to a scheduled performance at a concert in Cape Coast in the Central region.

The ‘Mombrowa’ singer, according to colleague musician Kofi Nti who was at the said show where he was also scheduled to perform, complained of chest pains and unusual heartbeat for which he was rushed to the hospital immediately where he suddenly died.

Kindly watch the full interview in the video below