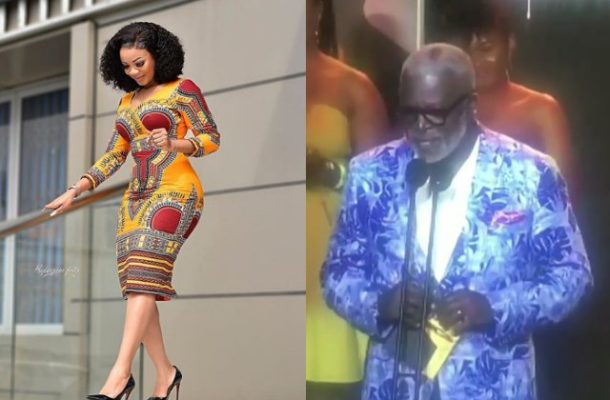 Serwaa took to social media to call out Kofi Kapito over comments he made about the newscaster at the 2019 Radio and Television Personality (RTP) Awards last Saturday, October 12, 2019.

Kapito, while presenting an award, saw Serwaa seated in the audience and decided to comment on her now-famous backside.

Displeased by the unnecessary comment, Serwaa took to Twitter on Sunday, October 13, 2019, saying: "I had so much respect for Mr Kofi Kapito. This is a classic case of sexual harassment. I’m appalled by his utterances. This was needless and completely disrespectful!"

Meanwhile, Okay FM's Abeiku Santana has disclosed that the CPA boss visited the offices of Serwaa on Monday, October 14, 2019, to render an apology.

But speaking in an interview on Santana's show, Kapito failed to deny or admit apologizing to the newscaster.

Though admitting that he visited the offices of GHOne TV, Mr Kapito added he is in no position to explain what he did there.