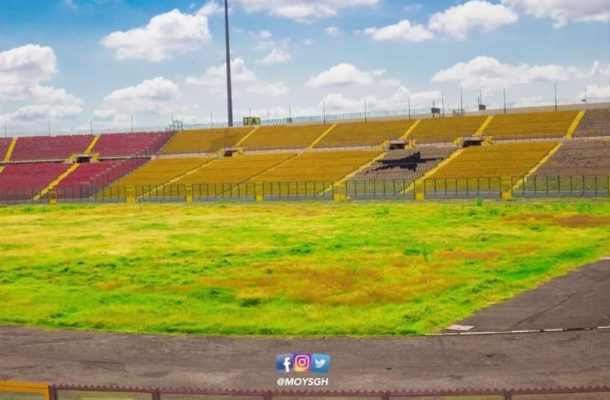 Kumasi Asante Kotoko have appealed to the government to expedite action and completed the renovation works that has kept the club away from their traditional home venue of Baba Yara.

The Baba Yara Sports Stadium which serves as the home grounds of Kumasi Asante Kotoko and King Faisal has been closed down for over a year now with the venue undergoing some refurbishment.

Chief Executive Officer of Asante Kotoko, Nana Yaw Amponsah has appealed to the government to speed up the renovation works so that Kotoko can return to their home grounds in Kumasi.

Since the closure of the stadium, Kotoko have adopted the Accra Sports Stadium as their grounds for league and continental games something which has adversely cost the club economically as they always have to commute between Kumasi and Accra for their home matches.

According to the CEO, their adopted home grounds has not helped their cause and is appealing to the government to make the Baba Yara Stadium ready for use as soon as possible.

“We all know that Accra Sports Stadium is not our home. Our home is the Baba Yara Sports Stadium”, Nana Yaw Amponsah told the media after Kotoko’s goalless draw against ES Setif in Algeria.

“This time we haven’t lost any match away from the Accra Sports Stadium, which is a very good record. So we will plead with the government to help us so we can go back to the Baba Yara Sports Stadium so they should speed up with the renovation works”, he added.

The porcupine warriors will on Sunday 28th February,2021 host fierce rivals Accra Hearts of Oak the Accra Sports Stadium which is traditionally the home venue of Hearts of Oak in a match Kotoko is the home side.