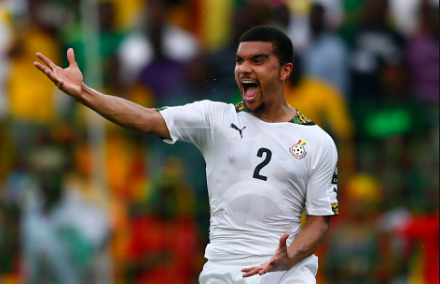 Kumasi Asante Kotoko have entered talks to sign former Black Stars striker Kwasi Appiah who is currently a free agent and without a club.

The Camberwell born last played for English League one side AFC Wimbledon but has become a free agent since the expiration of his contract on 1st July 2020.

Appiah, 30, has played his entire club football in England and coming to play in Ghana may be a massive culture shock for the striker.

Kotoko are keen to bolster their playing squad ahead of the 2020/2021 Ghana Premier League season and the CAF Champions League competitions.

CEO of the club, Nana Yaw Amponsah revealed on Tuesday that the club will only sign 30 players out of which two slots will be left to sign marquee players who will draw spectators to the park.

According to Kumasi based Light FM, management of Kumasi Asante Kotoko have sounded out the free agent who is in the twilight of his career to try his luck in Ghana before hanging his boot.

The English born striker made his debut for Ghana in 2015 in a 2-1 win over South Africa.

Aldershot, Harrogate, Yeovil among others and was on the books of Crystal Palace at some point in time.

Appiah has been capped seven times by Ghana scoring twice including once at the 2015 AFCON when Ghana reached the finals.