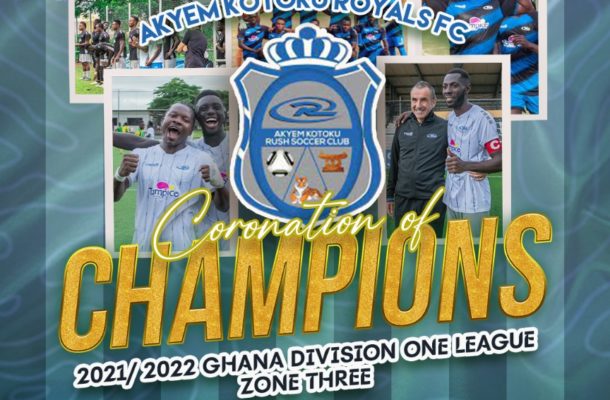 National Division One side, Kotoku Royals FC would be crowned champions of Zone Three at a coronation match on Sunday, June 19 at the Akim Oda Stadium.

The Royals, finished top of Zone Three at the end of the season with a point above second placed Liberty Professionals on the league log.

The Akyem Oda based club have thus secured qualification to the Ghana Premier League (GPL) to compete in the 2022/2023 season after finishing as leaders of the zone.

The Division One League Board and the leadership of the Association will be in attendance at the coronation match to present medals to the players and officials and also to present them with the League trophy.