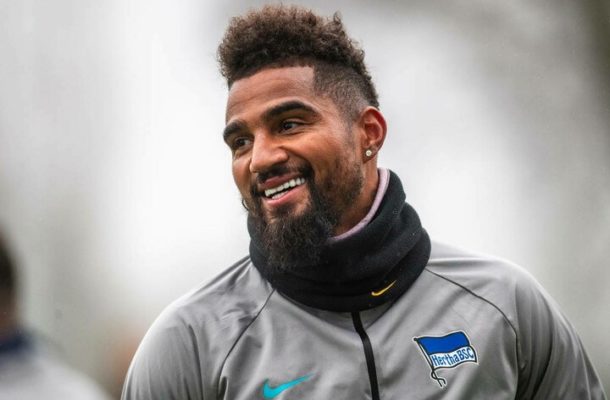 The German side defeated Scottish giants Rangers on penalties to lift Europe second tier trophy but Boateng says that the trophy they won was due to the incredible work done by Fredi Bobic who was sporting director of Frankfurt six years ago.

He says that Bobic laid the foundations for the Frankfurt's UEFA Europa League triumph but at his current club Hertha Berlin he is given too much pressure as the media treat Hertha like some Real Madrid or Barcelona.

"The fact that Eintracht just won the Europa League is thanks to the foundation that Bobic laid six years ago. Bobic is something like Lionel Messi among sports managers. You have to give him time," Boateng told the news magazine Der Spiegel .

Bobic worked successfully at Eintracht Frankfurt from 2016 to 2021, including winning the DFB Cup with Boateng in 2018.

Last summer he moved to Berlin, where Hertha recently survived in a relegation play off game  against Hamburger SV.

"Hertha is treated in the press like a top club, like Real Madrid or FC Barcelona," said Boateng: "If it doesn't work after three months, people will ask you to be kicked out. That's not the case in Frankfurt." he said