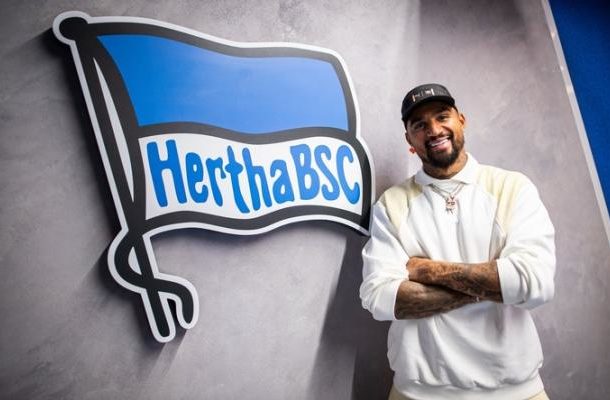 Kevin-Prince Boateng impressively demonstrated his qualities as a leading player at Hertha BSC in the relegation games against Hamburger SV but his contract expires at the end of the month.

Reports are that the veteran will stay at Berlin but an agreement is yet to be reached between the two parties.

The veteran took on a lot of responsibility before the decisive kick in Hamburg, was even allowed to suggest the line-up and address the team. It is still open whether the 35-year-old will remain under Sandro Schwarz.

The native Berliner's contract expires at the end of the month. It is clear that Boateng is no longer physically able to play an entire season as a sporting reinforcement for the team.

But in the big moments of a season, Hertha can perhaps continue to rely on him. New coach Schwarz first has to really get to know the midfielder.

Kicker reports that Kevin-Price Boateng is likely to extend his expiring contract with Hertha BSC.

Although a final agreement is still pending, it looks like the parties will agree on a new deal.