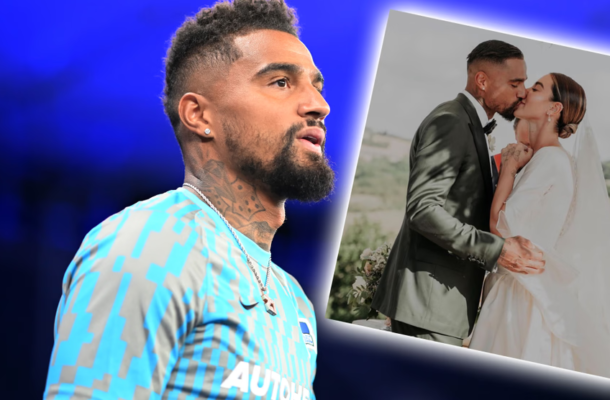 Tradition and innovation, the wedding in the Tuscan village rich in history will be both real and virtual.

She has a profile of over three million followers and entrepreneurial interests of various kinds, including a winery where she produces wine in Tuscany with her boyfriend and future husband.

It could not be any ceremony between two such prominent characters.

Yes, because in addition to the actual ceremony, with flowers and guests, ordinary people will be able to attend the virtual ceremony as if they were invited.

It's the magic of the metaverse, the virtual world where real money is spent to buy goods to beautify our avatar or our house made of only bits.

And the metaverse was chosen by Boateng and Valentina for the ceremony.
Fans and other interested parties were able to virtually celebrate the marriage of the Hertha BSC midfielder to the Italian influencer Valentina Fradegrada in Tuscany at the weekend - tickets cost 50 euros each and were immediately sold out.

Proceeds from ticket sales will go to charity, the couple pointed out. It is the first time that there is such an event in Tuscany.

The appointment was Saturday 11 June at 4.30 pm. Top secret the setting up and the clothes of the guests.

The marriage was civil and took place in the Municipality of Radicodoli.

Then there was the wedding reception.

To announce the sold out of the virtual tickets was the couple with a story on Instagram. ... And the metaverse was chosen by Boateng and Valentina for the ceremony.