Krishnakumar Natarajan can stay on as Mindtree chairman: AM Naik 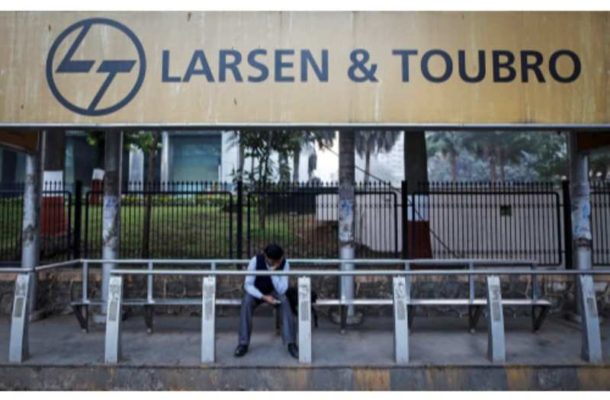 MUMBAI | BENGALURU: Larsen and Toubro has offered to retain Krishnakumar Natarajan as the executive chairman of Mindtree if it acquires controlling stake in the mid-tier IT services firm.
“Our offer has been clear right from the beginning on the deal with Mindtree. We would like the chairman to continue in his current role which is an executive position,” said AM Naik, chairman of L&T, which is locked in a battle to acquire controlling stake in Mindtree. Speaking to ET on Monday, a day before the release of the detailed public statement (DPS) about its open offer L&T has made to Mindtree shareholders, Naik said his company was open for talks with the Mindtree promoters to clarify their concerns.
The DPS will spell out the thought behind L&T’s bid to acquire majority ownership in Mindtree.
Subsequently, the board of Mindtree will meet and seek help of external consultants to make a recommendation to shareholders. ET on its Monday edition had reported that the promoters of Mindtree wanted to know the “contours of the independence” being offered by the Mumbaibased engineering conglomerate. “I don’t know what the contours of the independence are. It is difficult to make a (judgement) based on a press statement,” Natarajan had told ET, adding that the board of the 20-year-old technology services company is “aligned to the logic” of the promoter group.
L&T has maintained that it intends to retain the software exporter as an independent listed entity and only reflect its financial results in the group turnover.
Natarajan, cofounder and director Subroto Bagchi, chief operating officer NS Parthasarathy and managing director Rostow Ravanan – who currently hold a combined stake of 13.32% in Mindtree – are of the view that the “hostile takeover” by L&T will be value dilutive for the firm’s shareholders. A law expert familiar with the negotiations, however, said, “Mindtree frankly is not in a top bargaining position, and L&T has tried to be as reasonable on the deal as possible. In fact, the conglomerate has been extremely generous with their offer.”
L&T’s move to seek control of Mindtree follows its purchase of 20.3% stake in the company held by Mindtree’s long-term investor and Cafe Coffee Day promoter VG Siddhartha for Rs 3,269 crore.

The engineering company is now expected to spend Rs 7,464 crore to increase its stake in Mindtree to 66.32% through a combination of open offer and buying from the market. L&T has offered ?980 per share.

“The pricing has no bearing with respect to what we think, still it is our belief that the current offer is not good enough and undervalues the company,” Natarajan had told ET last week.

L&T executives have said Mindtree still has headroom to grow independently and a merger with L&T Infotech, a group IT company, was not on the cards for the next few years.

“Further issues could be ironed out across the table during ongoing negotiations,” a top L&T official close to the development told ET.