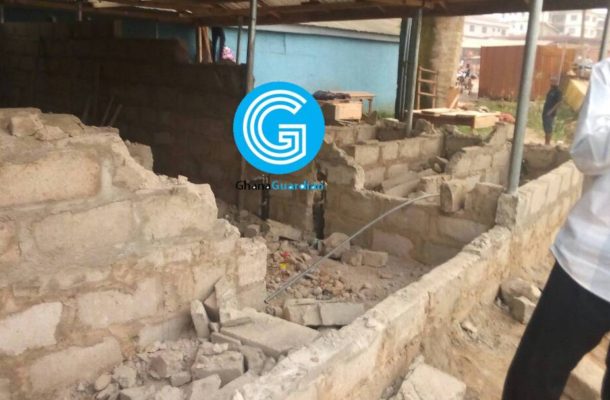 A group of armed military men called Phantom Soldiers affiliated to the Delta Force on Tuesday night vandalized the office of a private toilet operator at Race Course in Kumasi and made away with money amounting to Ghc30,500.00.

The suspected group which operates in the night at the cover of darkness under the instructions of the KMA boss, also demolished an ongoing project of the facility.

Speaking to Metro News, Mr. Reich Apollos, the owner of the facility said his security personnel was also beaten up mercilessly and chased out by the forces.

"...I was on bed in the night around 11pm when the caretaker and the securityman of the place called and told me that some people are there demolishing the new structure that I'm putting up. In fact when I inquire as to where they were from, the security told me they were wearing military uniform and they were holding short guns". He said. 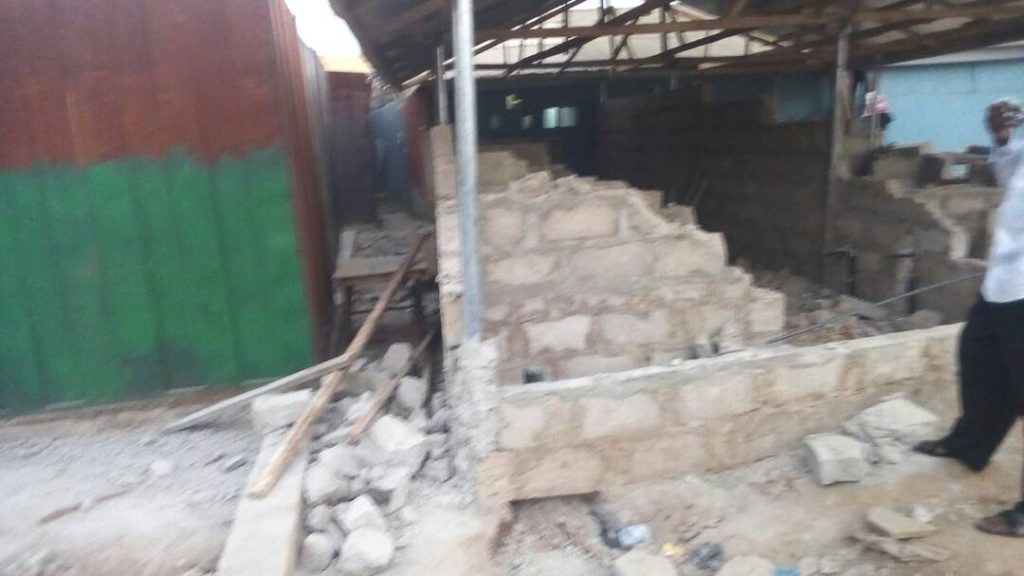 According to Mr. Apollos, the group also sacked every individual at the place including the ones taking charge of the monetary aspect of his business and succeeded in making away huge sums Ghana cedis.

"...They sacked everyone away from the place including those taking care of the monetary aspect of my business and in the course of doing so they have succeeded in stealing my money, 305 million old cedis. The money was with the girl who takes care of the place...it's more than three weeks sales". He added. 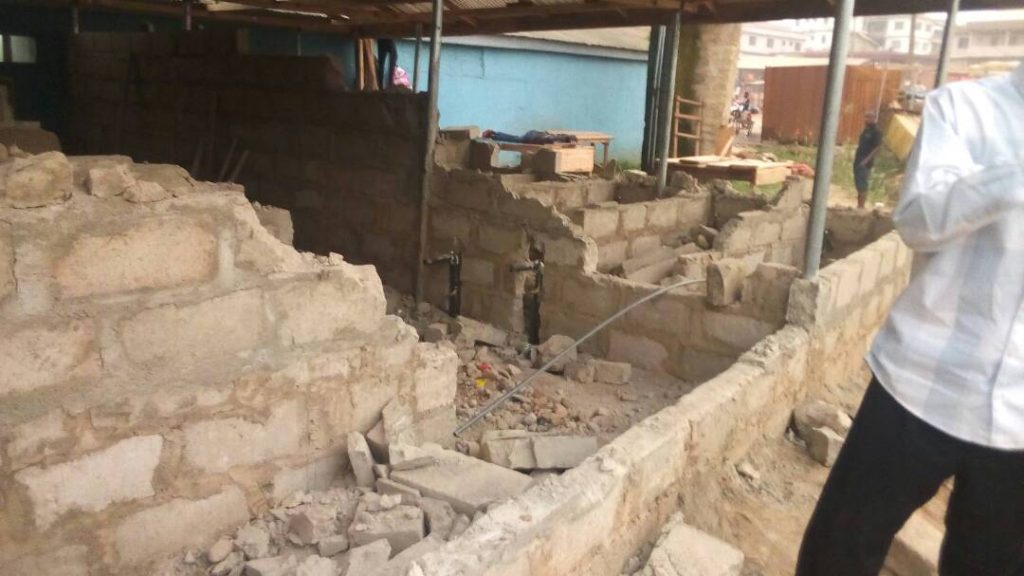 When quizzed whether he has reported the incident to the police, Mr. Appolos said two leaders of the group, Nana Akwesi and Akwesi Kesse have been arrested by the Sofoline Divisional Police Command Wednesday night when they were preparing to embark on another operation in the area, and are currently assisting with investigations.