Kudus Mohammed named man of the match in first start 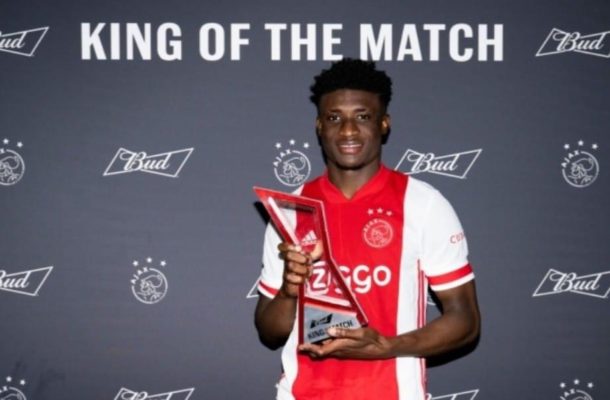 Ghanaian wonder kid Kudus Mohammed was adjudged the man of the match in Ajax win over RKC Waalwijk in the Dutch Eredivisie on Sunday afternoon.

It was the 20 year old’s first start since joining Ajax from FC Nordsjaelland this summer.

In the Dutch giants first game against Sparta Rotterdam, the Ghanaian midfielder could only watch from the bench as he was an unused substitute.

Ajax won against RKC Waalwijk by 3-0  in their first home game in a match which Kudus Mohammed dazzled.

He was not on the scoresheet but his contribution to the side has endeared him to the few Ajax spectators who were in the stands.

Kudus split open the RKC Waalwijk defense with an over the top pass for Mazraoui who set up Labyad for Ajax’s second goal.