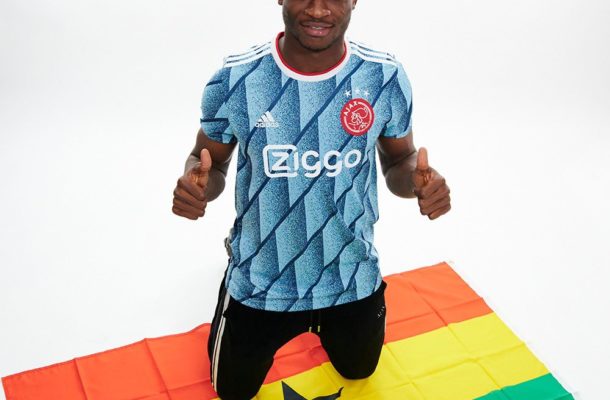 Holland International, Kees Luijckx who plies his trade in the Danish Superliga for Silkeborg has been singing the praises of Ajax new-boy Mohammed Kudus.

According to the 34 year old Kees Luijckx, Kudus reminds him of former Ghana International Stanley Aborah who also played for Ajax in the 90's.

Kees Luijckx is very fond of Ajax player Mohammed Kudus, he tells the Algemeen Dagblad. The 34-year-old North Holland player plays for  Danish side Silkeborg  and has already met the Ghanaians  who played for FC Nordsjaelland in the Superligaen.

Kudus can handle both the striker and the number 10 position. "Do you remember Stanley Aborah?", Luijckx draws the comparison with the former Ajax talent, who disappeared from the radar via FC Den Bosch and a series of foreign clubs.

"Kudus is the same type. Strong, mega-ball-resistant, also from Ghana. Maybe it sounds a bit strange now because Aborah never broke through definitively, but I mean it positive."

Ajax is willing to pay nine million euros, it became clear earlier on Wednesday. "It is a huge amount for Nordsjaelland," says Luijckx.

"Because of that amount, Kudus himself will also be under pressure at Ajax. Anyway, there is always pressure when you play at a top club."

Luijckx thinks that Kudus certainly has what it takes to succeed in Amsterdam. The Ghanaian is known as an attractive player.

"I saw a statistic pass that he has made the most successful dribbles in all of Europe. Then you can think: well, in the Danish league. But on the other hand: many teams play defensive here," it sounds. "He always takes the initiative, which makes him an attractive player for the public." he added.