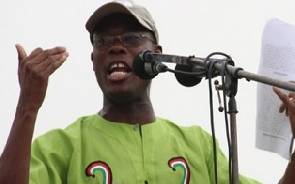 Speaking at the second edition of the governing National Democratic Congress’ Setting the Records Straight series in Accra on October 11, Mr Kwetey cited the CP judgment debt as an example to buttress his claim that the NPP government failed to prioritise the disbursement of monies borrowed from the international market.

Additionally, Mr Kwetey said the Kufuor administration also blew $750 million borrowed from the Eurobond market on things that were not priorities.

“… It is only a government with poor priorities that will borrow money form an international financial market and use it for the following: $107.2 million, the NPP used in the payment of pensions and salaries for the month of July 2008. Pensions and salaries are important but it is only a monumentally incompetent government that will go to the international financial market and borrow $107.2 million and use it to pay salaries and pensions. They used $6.8 million also to facilitate the payment of November 2008 salaries; they used $41.7 million to enable VRA pay for cured oil importation for the month January 2008. Crude oil is important but you don’t go to the international financial market to borrow money to come and buy crude oil.

“They spent $75.4 million on NYEP (National Youth Employment Programme) and MASLOC (Micro Finance and Small Loans Centre), they spent $14.79 million to enable the government meet immediate expenditure; they spent $10 million and transferred that to government machinery that [was] under the president; they spent $14.8 million to pay judgment debt to Construction Pioneers; they borrowed $14 .8 million dollars from the international financial market and used it to settle judgment debts; they spent $62.28 million to buy consumables such as fluorescent lambs, energy materials, materials for electrification, wooden electricity poles.”