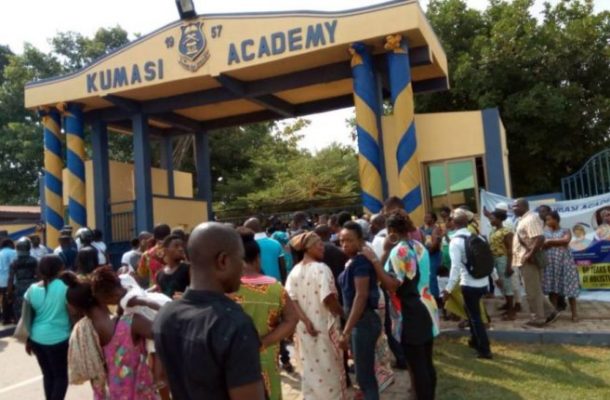 The Ghana Health Service has slammed the media for creating panic and misinforming Ghanaians over the Influenza H1N1 deaths that plagued the Kumasi Academy.

Four students have so far died of the virus while scores of students are also being monitored of the disease.

The school has been fumigated after students were vaccinated along with parents and all individuals who became exposed to the virus.

Speaking on the Morning Starr Tuesday, the Public relations officer of the Ghana Health Service Rebecca Ackwonor said the media made efforts to manage the crisis difficult.

“The media was misinforming the general public as to what was happening at KUMACA and it was that which caused the panic. The news making rounds in the media was louder than our voice. The school management not believing and accepting the advice from the GHS was as a result of the news circulating in the media.


“There was so much panic and it was as a result of the information that was circulating in the media,” she told host Francis Abban.

Also contributing to the discussion on health situation in secondary schools across the country, a public health specialist Dr. Kwame Amponsah Achiano blamed the spread of diseases in schools on congestion.

“There is some form of congestion in most of our schools. This can perpetuate the spreading of some of these diseases”.

Meanwhile, one of the victims who died of the outbreak Clementina Kunadu has been laid to rest at Bremang in the Ashanti region.