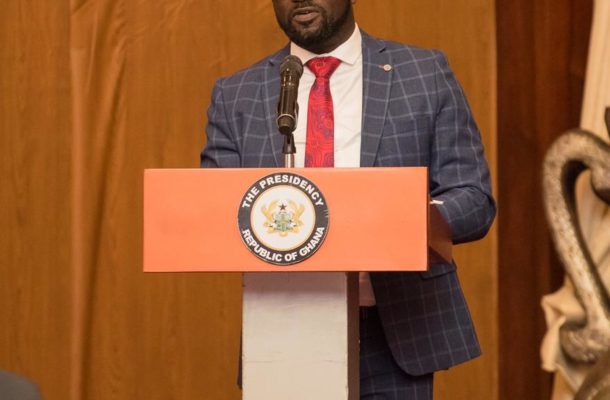 President of the Ghana Football Association (GFA),Kurt has heaped praises on the President Nana Addo Dankwa Akufo-Addo for his support for the Black Stars.

The government is intent on the Black Stars ending the 40 year AFCON trophy drought since last winning the trophy in 1982.

President of Ghana, Nana Addo Dankwa Akufo-Addo says the senior men's national team the Black Stars must win the African Cup of Nations title in Cameroon next year and must at least reach the semi finals of the 2022 World Cup in Qatar.

The President made this known at a breakfast meeting that was held on Monday morning at the Golden Jubilee House.

The breakfast meeting was meant to woe sponsorship for the Black Stars and other national teams in a meeting with CEO's of state firms and corporate organizations.

A budget of $25million has been projected to help Ghana win the AFCON title and also qualify for the 2022 World Cup in Qatar.

‘’I am humbled to be called upon to say a few words, to say thank you for the show of love and for responding to the call of our President for this all-important national assignment. My first thank you goes to our President, the number one supporter of football in this country,” the GFA capo said.

“On behalf of our reenergized football industry, I thank you immensely for always being there for us. What you have done today will bring happiness to millions of Ghanaians. God bless you.”

At the 2021 AFCON tournament in Cameroon, the government has tasked the Black Stars to push to win and bring home the continental title.