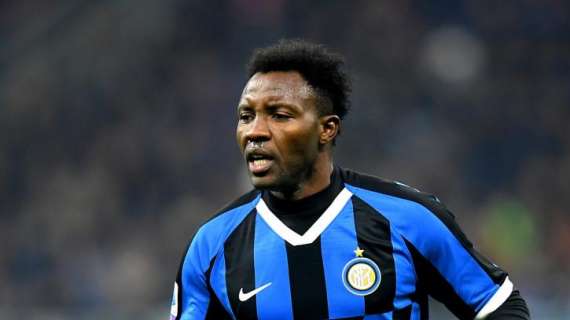 The Coronavirus pandemic has brought the world crushing down to its knees with almost every activity in the world grounding to a halt.

Major Sporting events the whole world has been suspended with major Sporting activities and leagues in the world reeling from the financial impact it is having on them.

The Italian league has agreed to slash the pay of all players, coaches and staff of various teams in the league in order for clubs to stay afloat.

Ghanaian players such as Kwadwo Asamoah, Alfred Duncan who play in the Serie A and the likes of Emmanuel Agyemang Badu,Claud Agyepong, Moses Odjer and all others would have to take a massive pay cut.

Players' salaries will be reduced by a third of their gross annual earnings if the season should be cancelled, and a sixth if it resumes.

The decision was unanimously approved by Serie A clubs, with the exception of Juventus, which had already hammered out a deal with its own players, said Lega Serie A.

Individual agreements must still be signed between the clubs and players, who will waive between two and four months salary.

The Lega Serie A reiterated after Monday's videoconference meeting with club presidents its "desire to conclude the season and resume play, without taking any risks, only when health conditions and government decisions allow".

It added that the action "was necessary to safeguard the future of the entire Italian football system".

However, the head of the Italian footballers' association (AIC), Damiano Tommasi, blasted the proposal as "incomprehensible".

"I can't understand the business logic behind this behaviour, putting the players, the main protagonists of the show, in a bad light, when almost everyone is already discussing with clubs how to get out of this crisis together," said Tommasi.

"It seems crazy to me," added the former Italy and Roma player.
The Italian Serie A and the lower tier leagues have proved to be homes and launchpads for Ghanaian players since time immemorial