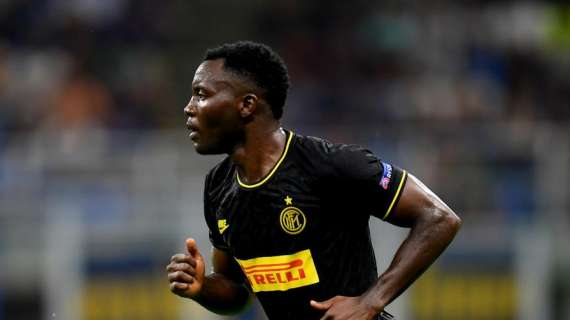 Inter Milan climbed to the summit of the Italian Serie A on Sunday after Juventus drew with Sassuolo at the Allianz arena.

The Nerazzuri's had the simple task of beating SPAL to go top of the Serie A table a position they have been sharing with sharing with Juventus this season.

Two goal from Argentine striker Lautaro Martinez was enough to give Inter all three points although Mattia Valoti's goal in the 50th minute made the contest a nevry one as it only proved to be a consolation goal as they run away with all three points.

Kwadwdo Asamoah who had been sidelined with an injury made a return and was on the bench for the whole game.

After the match as elated Asamoah thanked the Inter supporters at the Sa Siro for their massive support.

"Thanks for the fantastic support! Important victory" wrote the Ghanaian on Instagram.